While there was a lot that was out of our control this year, what we could control was our response to the challenges and opportunities we faced. The response of the employees of Morrison Industries to our fundraising campaign was a wonderful expression of kindness and generosity. This year we raised money with Feeding America on the west side of the state, and on the east side of the state, we partnered with The Food Bank of Eastern Michigan to similarly raise money to feed the hungry in the communities they serve.

This Christmas season, in the midst of so many challenges, the employees of Morrison Industries collectively raised over $3,020.00 for the combination of Feeding America West Michigan and The Food Bank of Eastern Michigan. The company then matched the totals for each to create a new total donation of $6,046.00 that will go directly to food and feeding programs right here at home for our neighbors in need.

More than a decade ago AJ and David Morrison’s uncle, Jack Morrison (now deceased) initiated our relationship with Feeding America. We now have had three generations of the Morrison family actively involved not only in the company, but also in the communities where we live and work. 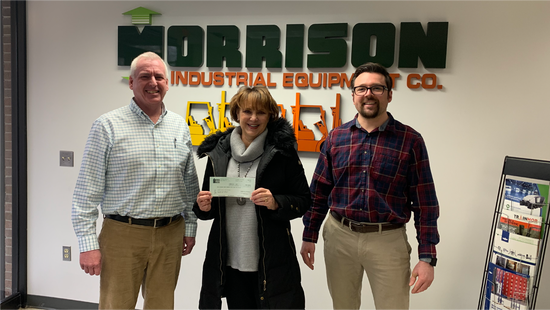